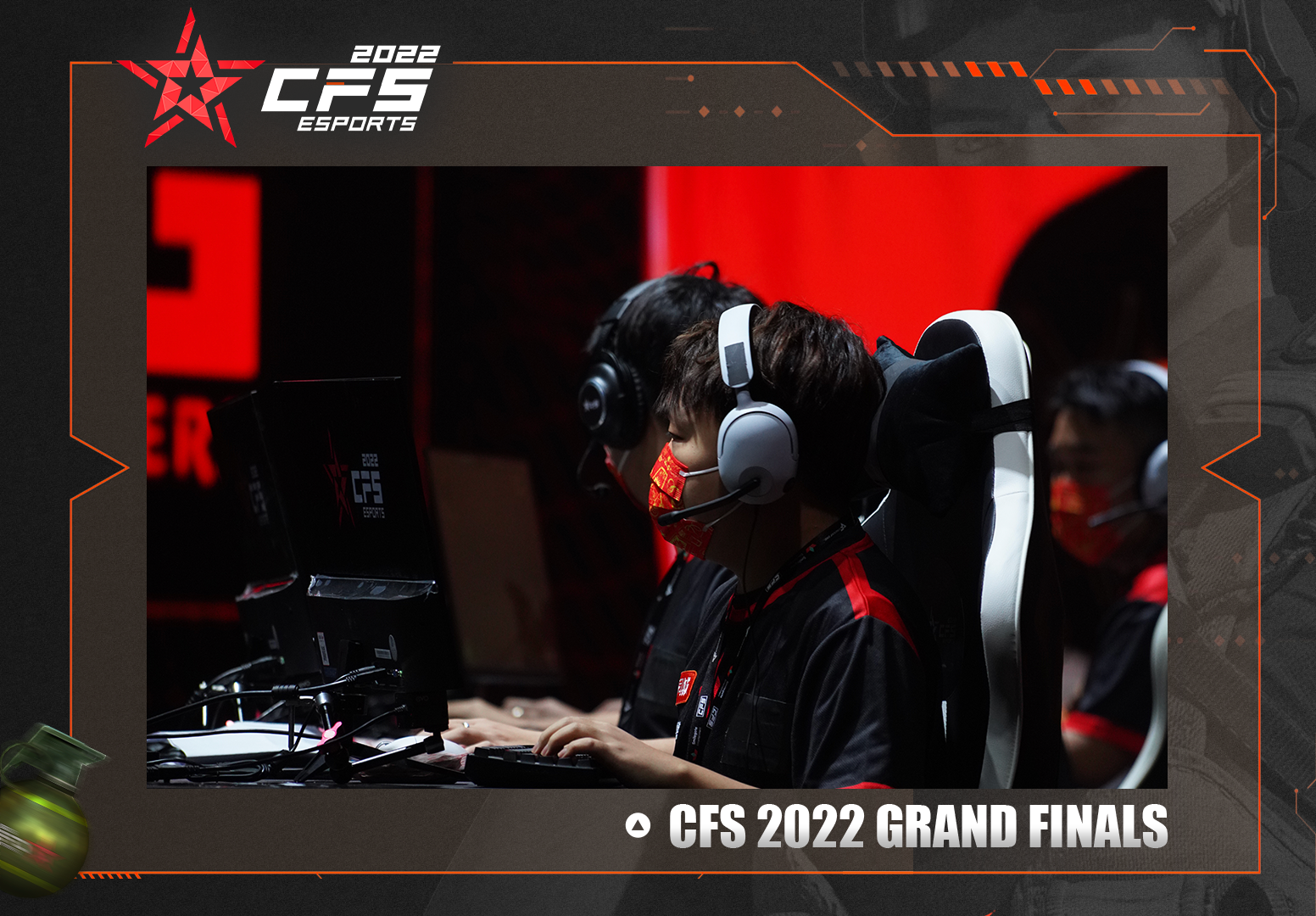 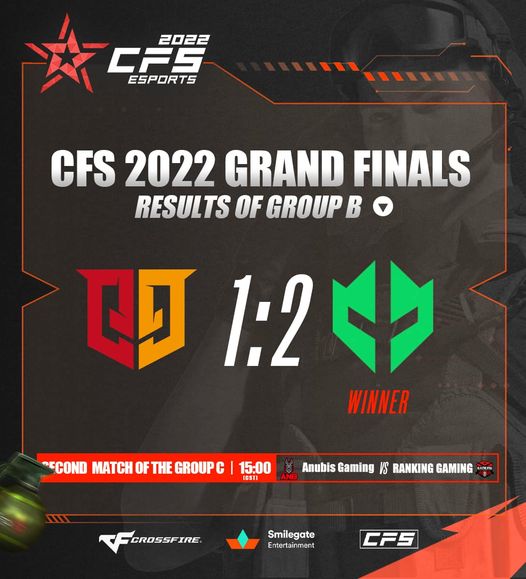 The first game of the second day started at Compound. Q9, who went through harsh training in the Chinese league and tried to become champion once again, pushed Imperial hard in the early stages. Throughout the game, Wolf's excellent AWM Aim-based sniper shone, and with perfect use of Tactical Fuzz, Imperial eventually gave up the first round to Q9. The second game at Black Widow kicked off Imperial's fierce counter attack. Goken, Ryuzao, and FeFe's solid mutual teamplay and aim-based offensive tactics drove Q9 to 7-7. Imperial tied the game with two sets 13-10 after a fierce battle. With both team's concentration exhausted in the first and second sets, the team that showed higher concentration and lead in the final set was Imperial. Imperial, who scored consecutive goals from the middle of the match, eventually won the third set with a 10-7 score, showing his true power as a Brazilian powerhouse. 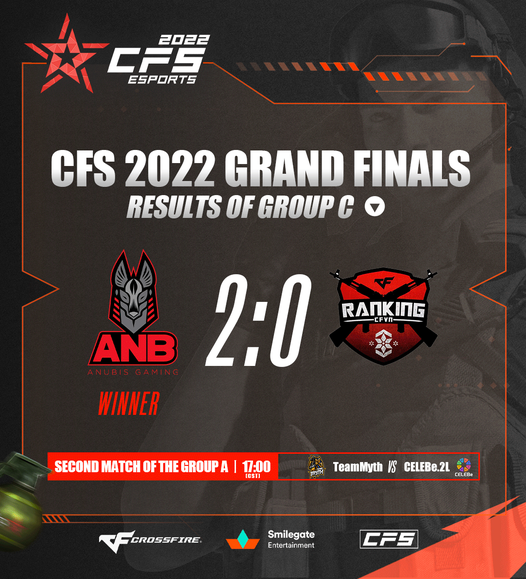 The second game, which began at Compound, was a close race of rising stars in each region. Along with TeamMyth, Anubis Gaming of Egypt, and Vietnam's Ranking Gaming, which competed with ambition on the CFS 2022 stage, had a fierce battle from the first set. The two teams, which had been in a tight race with a score of 7-7, won the first set with a score of 10-7 thanks to the performance of Anubis Gaming-TOTTZIN, who led the second half with excellent aim after the 15th round. The second set was developed similarly, but the two games eventually returned to Egypt's victory ahead of Snare and TOTTZIN 's rising aim. 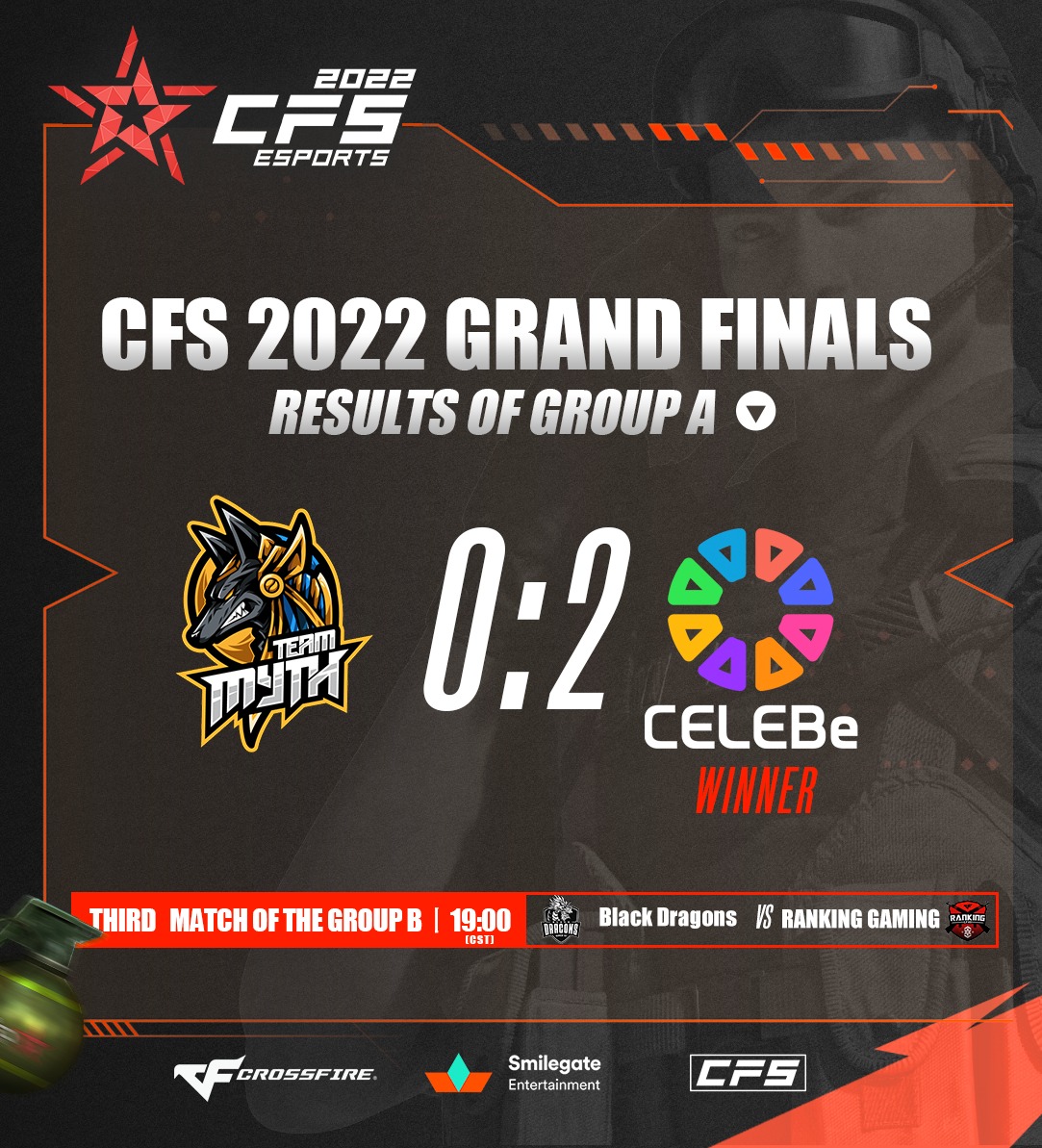 The third game was enough to fully feel the Vietnam team's potential, the match between TeamMyth, the representative team in Egypt, and CELEBE, the Vietnamese powerhouse, led to a battle between rifle strikers from each team, which boasts excellent teamwork. It was a confrontation between fast-paced TeamMyth strikers consisting of Booker, JWw, and Horus, and Vietnamese attackers with solid strategic play consisting of Dola, Shady, and Lucas. Both teams remained in the tight balance until the second half, but the strong Vietnamese strategy composition with Rambo's sniper break down Egypt's defense. Unlike the first set, the game at Ankara was led by an overwhelming Vietnamese team. Rambo's super-play, which boasts improved attack speed and a higher percentage in the first set, pushed TeamMyth into the corner from the start of the game, which ended up giving up a second game without a decent chance of counterattack. 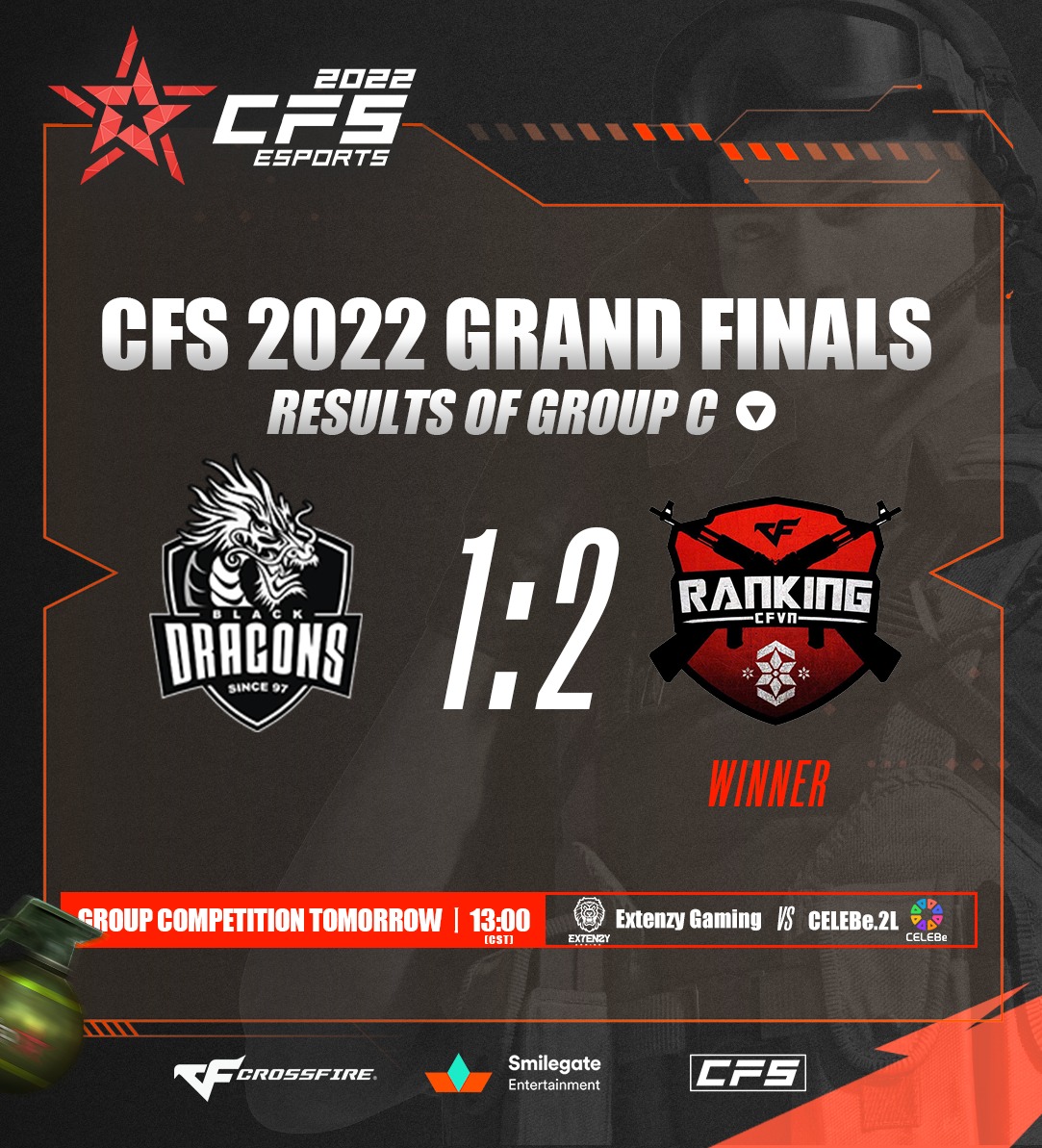 The last game of the second day was a huge twist against everyone's expectations. Black Dragons, who have long maintained a strong position based on numerous international stage experiences, expected to easily beat Ranking Gaming, but the actual match was so fierce that it was impossible to predict. The most brilliant play in the first set at Black Widow wa breathless quick rifle attack by NEVIS. The team, which exchanged one round and pushed each other to a score of 8-8, won the first set by removing HIEUMEO from a score of 9-8. In Mexico, the match was played in a completely different way. Ranking Gaming, which pushed Brazil hard with a perfect score of 3-0 in the first half, gained momentum with super play by NEVIS from the previous set, winning the second set with a 10-7 score. The long-awaited final three sets at Port, NEVIS lead all time, enough to sweep the battlefield, supported by TAM's aggressive rifle skills. Ranking Gaming declared as a new strong team around the world with a 10-5 double score.

The second day of the CFS 2022 Grand Final was full of fierce battles.
It was the day that players from all over the world stood out in a amazing battle for CROSSFIRE world champion.

Please pay a lot of attention to the third day of CFS 2022 Grand Finals. 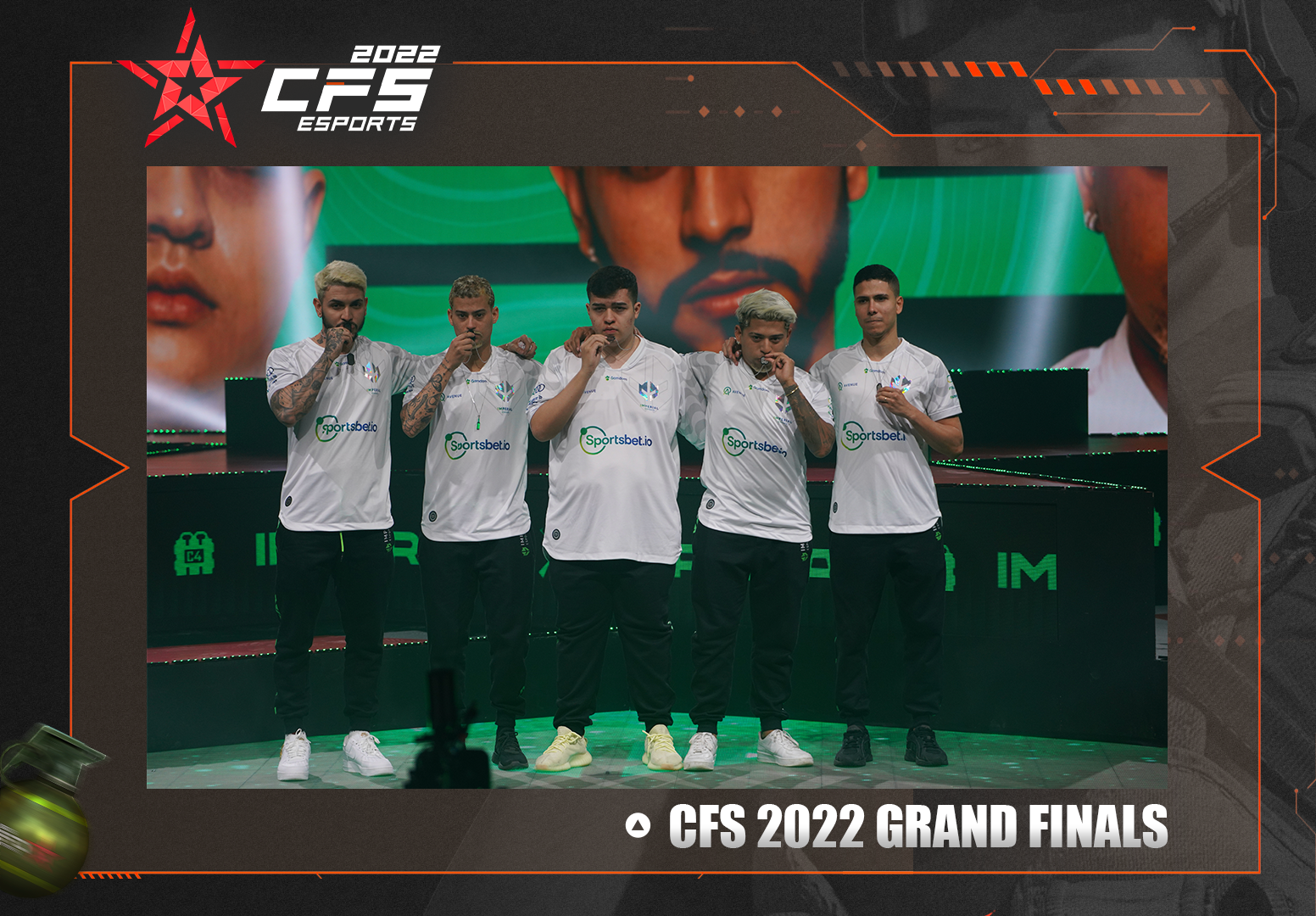